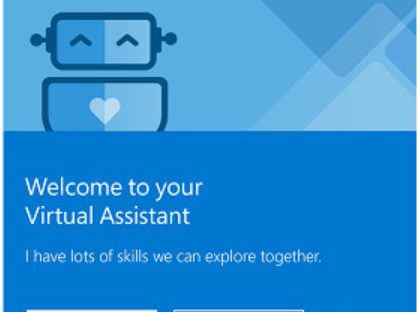 I can’t believe I haven’t blogged this out, yet. I’ve been building chatbots for clients for years now, and presenting to the tech community on the topic at least as long.

For a while, I was doing “Bot in a Day” workshops, all over the country. Held at Microsoft Technology Centers in places like Boston, Reston, Philly… I just realized the last one I did was over a year ago, now, in Irvine, California.

The reason we don’t need to do the day long workshops anymore is because everything we did (and more!) in “Bot in a Day” can now be done reliably and repeatably in minutes… We do this using the latest iteration of the “Enterprise Template”, now known as the “Virtual Assistant Template”.

Ok, so the one-time setup can be a bit longer than an hour… but that’s (mostly) one time. If you are a C# dev, especially in the ASP.NET Core space, you probably have most of the tools installed already, anyway.

Anyway, I’ve been doing variations on this “Bot in an Hour” theme, using Virtual Assistant Template, all over New England, and will soon be taking it on the road to Washington DC, where I’ll be doing the shtick for Ignite the Tour in February 2020.

So the Virtual Assistant Template is a very quick way to build out some meaty bones of an enterprise-grade chat bot, especially in C# (though a TypeScript version is also available).

I won’t try to do what its own documentation does well, at this point. Rather, I’ll point you to that documentation.

What is the Virtual Assistant Template (Microsoft)

Here’s my presentation slides from Boston Code Camp, which was on November 23rd, 2019. It’s more complete than the stripped down version I presented as a workshop at Global AI Bootcamp 2019 today (December 14th) at MIT.

In addition to the “Welcome to the Virtual Assistant Template” presentation for Ignite the Tour, I’ll be doing a similar presentation for Granite State NH .NET Devs on December 19th at the Microsoft Store in Salem, NH. 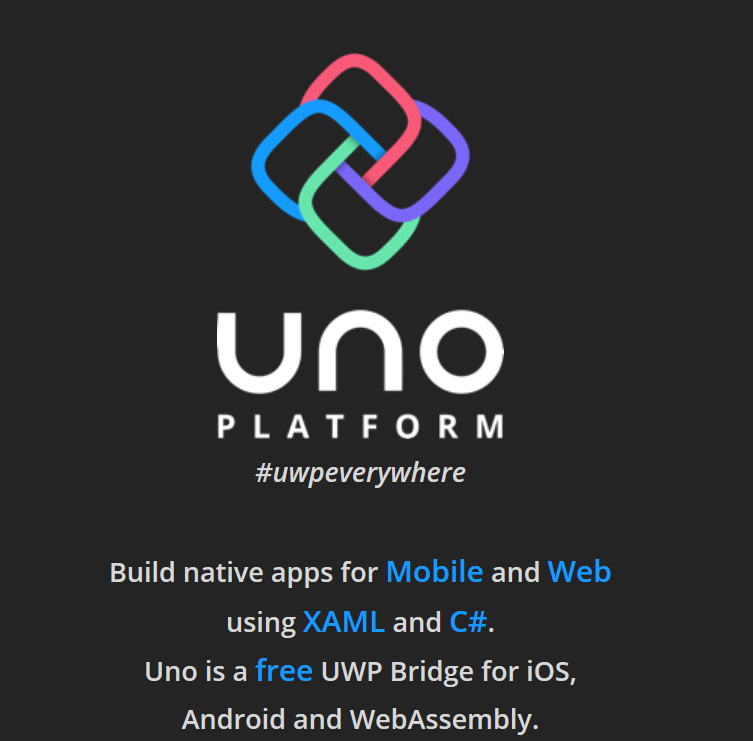 Uno’s free.  Uno is open-source.  Uno could seriously be the next significant disruption in mobile development.

Apologies that I neglected to hit on the conference call for the introductions.  We did get the bulk of the presentation recorded.

On the call:  Jerome Laban, Architect, and Francois Tanguay, CEO of nventive of Montreal, Quebec, Canada. Participants of the Windows Platform App Devs (including myself) were in the audience, asking questions.

To make up for the intro missed in the call, let me begin with the elephant in the room…

The relatively well known Microsoft tool set called Xamarin enables developers to write a dialect of C# and Xaml to target a variety of platforms including Windows, Windows Mobile, iOS, Android, MacOS and others.

For that reason, Xamarin’s currently a top choice for mobile developers around the world. Xamarin enables developers to target billions of devices.

The problem Xamarin presents is that Xamarin has become its own distinct dialect of .NET-based development.  Xamarin has its own distinct presentation layer called Xamarin Forms. Xamarin Forms as an employee skill set is not the same as a classic Windows developer set.  It’s not exactly the same as a Windows 10 developer skill set.  It’s a different platform, and requires developers that understand it.

Uno Platform reduces the skillset burden in this problem by converging the main skill set on Windows 10 development. Developers with an appreciation for the future of Windows development will definitely appreciate Uno Platform.

Windows Universal Platform (UWP) targets ALL flavors of Windows 10, including some unexpected ones, like Xbox One, and IoT devices running Windows 10 IoT Core.

Uno bridges UWP to iOS, Android, Web Assembly (Wasm), on top of Windows 10. This targets a huge and rapidly growing range of devices… (currently approaching around 3 BILLION… and that might be a low estimate.)

I’d embed the video, but Blogger’s giving me a hard time with the iframe-based embed code… please click this

Link to the video: