Recently, I upgraded the Granite State (NH) SharePoint Users Group’s website from WSS 3 (MOSS 2007 generation) to SharePoint Foundation 2013.  The upgrade itself went as well as a 2007 to 2010 to 2013 upgrade could go, in general.

The only real “problem” I ran into was the Windows Phone app I wrote for the group years ago.  It was coming up with a 401 error trying to grab content from lists.asmx.

I spent some time digging in the dirt, trying to resolve the 401, and hit a few common settings known to have an impact, but no good.

Rather than struggle with it in my not so copious amounts of spare time, I decided to trash the old app, and build a new one with AppStudio.

The app loads content from the #NHSPUG web site (http://granitestatesharepoint.org), mostly via RSS feeds.  I put a little extra effort into this.  Using AppStudio (http://appstudio.windows.com), I found a couple hours…  after that, I had not only a much prettier v3 of the Windows Phone app, but a Windows 8.1 (tablet style) publishing package as well.

One thing that caught me off guard though… the Gotcha:

With some debugging, I found that attempts to load the content were coming up with “Unable to connect to the remote server. hresult=   -2146233088”.

Turns out the error had to do with the fact that I had not enabled Capability “Private Networks (Client & Server” in the Package.appxmanifest.   Ironically, the app works fine anywhere except where I was trying to test it:  on the same network as the content source server. So, to be fair, this is an environmental/configuration issue, not AppStudio, but it was worth mentioning, since my original assumption led me down that path. Maybe this will help someone else. 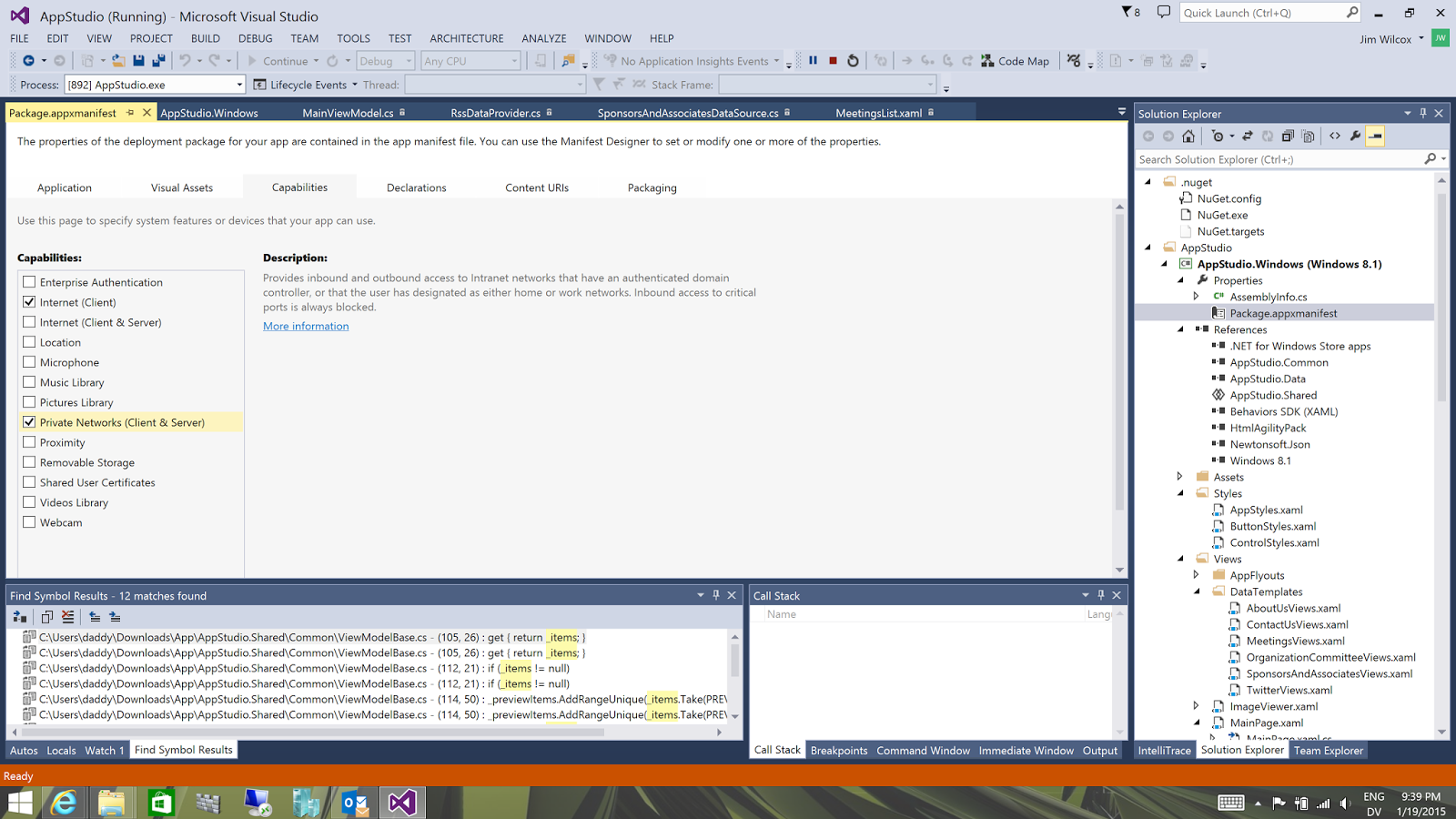 And here’s my moment of shame recording the incident and solution in the forums:
https://social.msdn.microsoft.com/Forums/windowsapps/en-US/be7b02cf-25d0-4aa2-8850-e0e2dce21fd2/appstudio-windows-81-apps-not-loading-external-content?forum=wpappstudio&prof=required